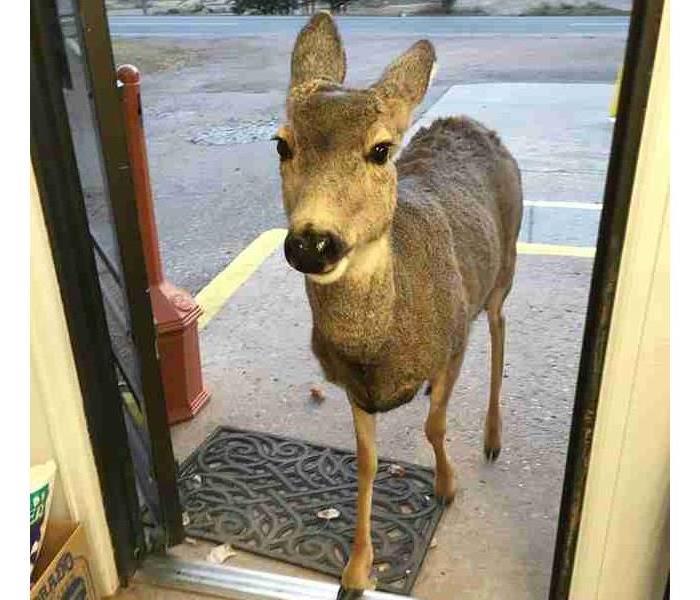 On a Friday morning around 8:20 a.m., we received a call from a local day care center stating that they had a wild deer jump through their big picture window around 8:10 a.m.  The owner Todd, knowing this had to be taken care of immediately, arrived approximately 8:45 a.m. to scope the job and immediately discovered a whole lot of blood, almost in every room!  The manager of the center stated that when the deer jumped through the window, the glass cut the deer in many places.  As the staff tried to round up the deer, parents were trying to drop off their children for the day. People were then walking in the blood and transferring the blood on their shoes into other non-affected areas. It was a very traumatic scene!

After the local police arrived and managed to get the deer out of the building, all that was left was a big biohazard mess.  To make this job even more difficult, the manager told me that the center had to be ready to be opened by 7 a.m. the following Monday.  Wow, challenge accepted!

We worked long hours with multiple shifts, but we had that entire job completed by 3:30 p.m. on Sunday afternoon.  The customer was extremely happy because she was able to open as planned on Monday morning.  She never thought that we could do it.

Living in Wisconsin we are used to seeing wild deer. Let it be know that deer belong in the wild, not inside of our offices or homes.