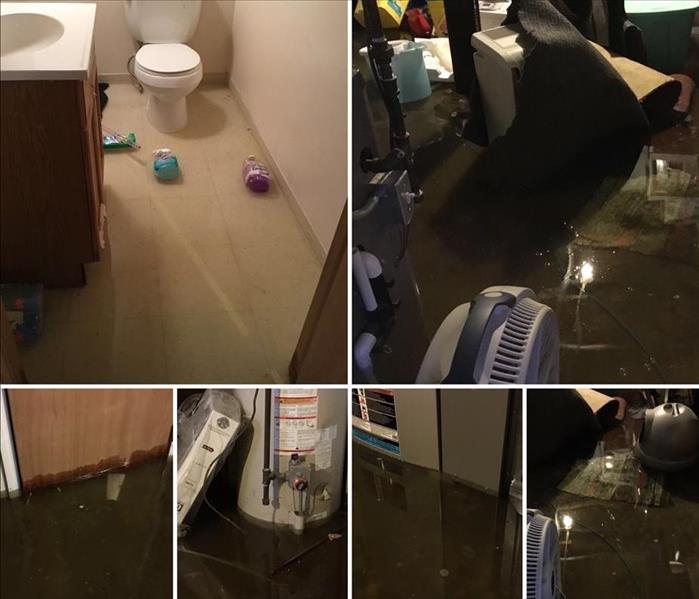 This flooded basement was caused by a storm that produced heavy rainfall.

A storm had caused this flooded basement in Waukesha, WI. There was 2"-4" of water that came in through a drain that couldn't keep up with the rainfall. The picture shows the rooms and content that was affected by this water intrusion.

SERVPRO of Southwest Waukesha was called in to dry out the affected basement. The excess water was removed with a submersible pump, then the affected contents were removed and determined if they were salvageable or not. Once the content was removed, it was time to remove all the affected material that could not be dried in place; like drywall, vinyl, and insulation. Dehumidifiers and air movers were then placed to dry the rest of the affected structure.

Call SERVPRO of Southwest Waukesha at (262)542-0900 for any questions regarding water damage cleanup.