We Have All Heard Of It, But What Is Asbestos? 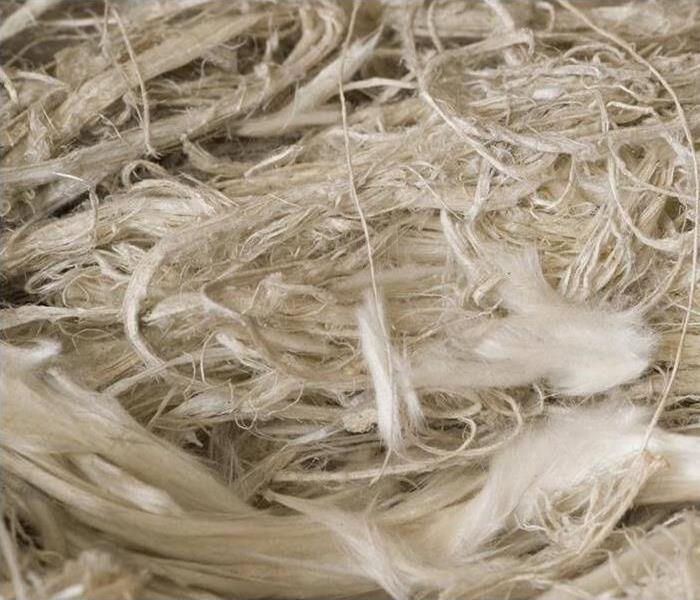 SERVPRO of S.W. Waukesha County along with SERVPRO of Jefferson County/Oconomowoc are the only two asbestos certified franchises in WI!

Everyone has heard the commercials, “If you or a loved one has been diagnosed with mesothelioma; you may be entitled to compensation.” Those commercials target asbestos as the culprit but, what is asbestos?

SERVPRO of S.W. Waukesha County and SERVPRO of Jefferson County/Oconomowoc (these franchises are owned and operated by the same people) are the only two Asbestos certified SERVPROs in the state of WI. We would like to think we are qualified to give you a peak into what asbestos is and how it can hurt you. The following information comes from the minds and knowledge of our asbestos manager, Justin, along with information gathered by our blog writer, Alli.

The first thing you should know is that asbestos is a general term for six naturally occurring minerals. These minerals are made of fibrous crystals and the crystals themselves are made of microscopic fibrils. These fibrils are what can enter the respiratory system and implant themselves causing diseases and cancers. These six minerals occur in six colors:

Along with the six colors, there are six types of asbestos (Not in order of the corresponding colors):

Archeologists have found evidence that asbestos may have been used by humans as far back as the stone age. One of the first description of asbestos could have been made by Theopharstus in around 300 bc, although this has been challenged by historians and archeologists. One of the first confirmed uses was in Eastern Finland to strengthen clay pots and cooking utensils. Wealthy Persians would use cleaning cloths, that were made of asbestos, to amaze their guests. The Persians would take the cloths and expose it to fire. Seeing as asbestos is fire resistant, this would knock their guests off their feet.

To date, 67 countries and territories have ban asbestos use, with few exceptions being granted. Although its ban in 67 countries, 1.3 million tons of asbestos was mined worldwide. 53% of that was mined by Russia, that is nearly 689 thousand tons. As far as consumption is concerned, Asia consumed 70% of the worlds mined asbestos in 2017.

Asbestos has been linked to:

Asbestosis (scaring of the lungs) and lung cancer both have a dose response relationship with asbestos. This means the more exposure someone has to asbestos, the more likely they are to develop these ailments. Although, no amount of exposure is considered safe. Mesothelioma (cancer of the pleura, which is the membrane that houses the organs) does not have a dose response relationship with asbestos; therefore, one single exposure can lead to developing mesothelioma.

As mentioned before, asbestos’ microscopic fibrils can attach themselves to the inner lining of the lung and can not be removed. They are shaped similarly to fishing hooks and will create microscopic abrasions in the lungs lining when disturbed. This is one of the things that makes asbestos so dangerous.

As always, please call SERVPRO of S.W. Waukesha County with any concerns, needs, or questions regarding asbestos! 262-542-0900